We are David Bailey

David Bailey is one of the world’s most famous photographers and a household name in the UK. However, there are also several thousand other David Baileys in Britain who have never met the Rolling Stones, shot for Vogue, or married a supermodel. By giving a Samsung NX1000 SMART Camera to every David Bailey we could find, we set out to prove that with the right equipment, everyone can shoot like a pro.

I designed the Facebook hub at the core of this multi-channel campaign, which helped Samsung sell out of the camera in just 11 weeks and increase their market share from 2.8% to 55%. 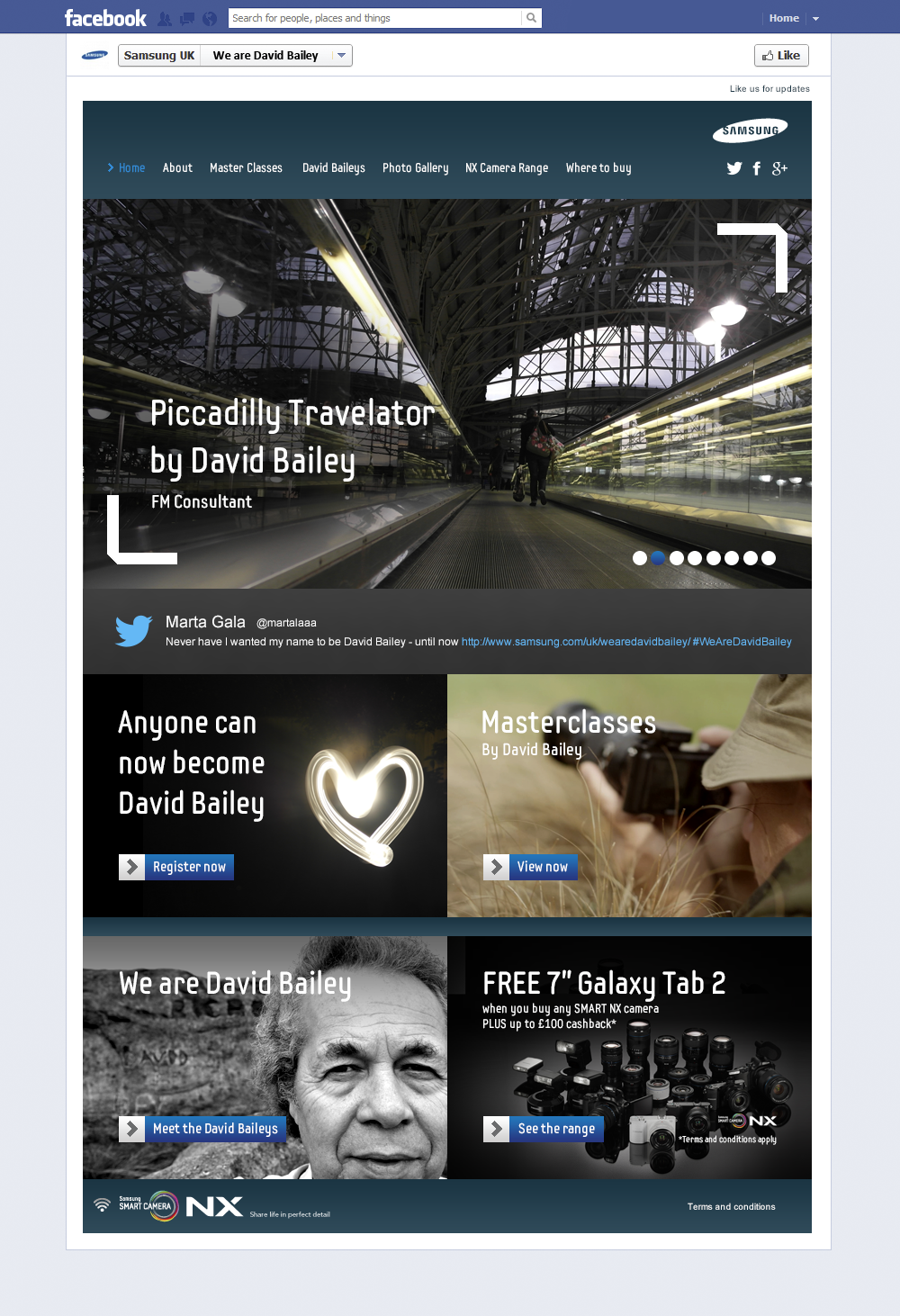 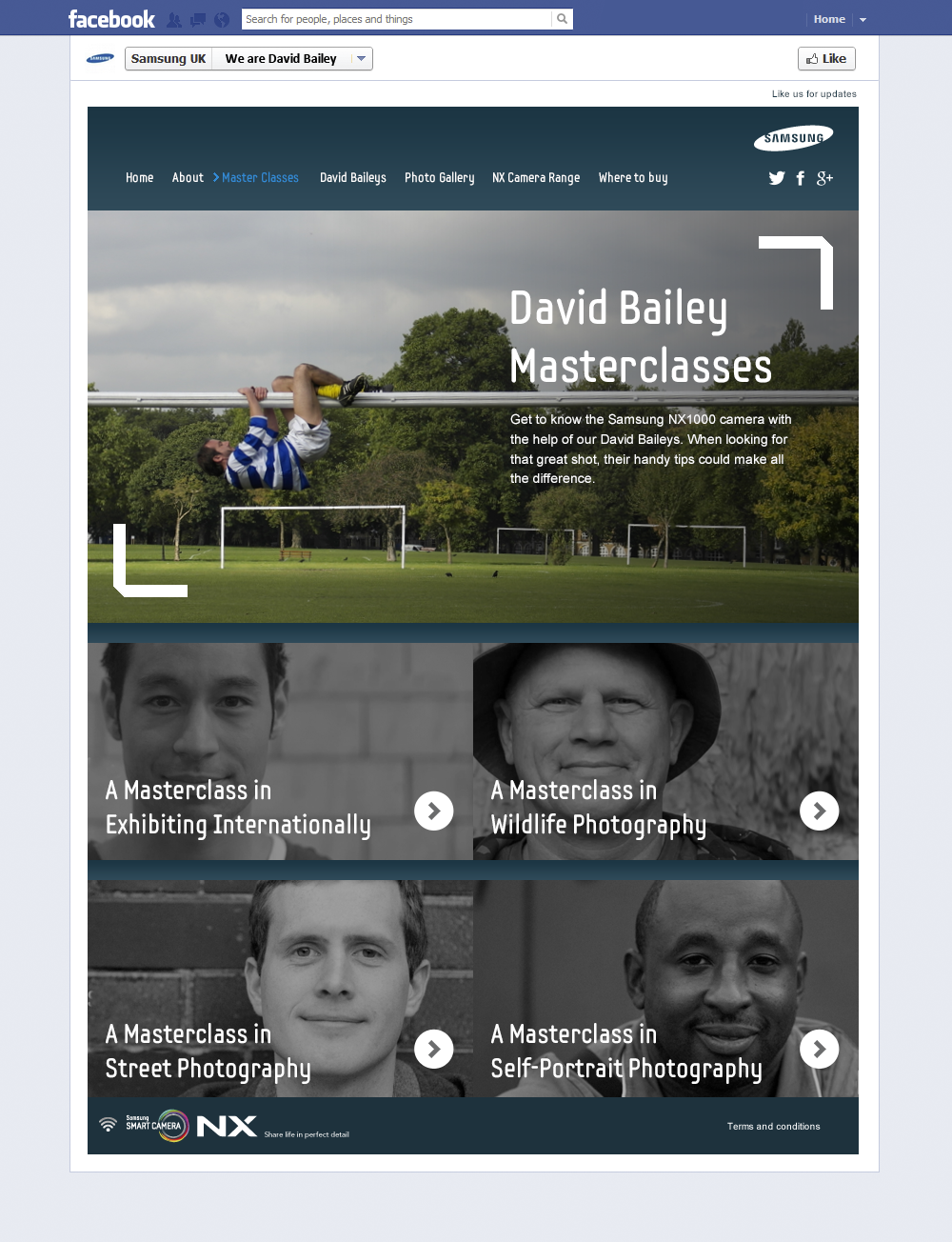